We hear from Laurence, a prosecutor from the Democratic Republic of Congo (DRC), who has worked as a cleaner, cook and volunteer here in South Africa. Now, with the assistance of the Employment Access Programme, she is rising through the ranks, and reconnecting with her passion.

Fleeing the Democratic Republic of Congo

Laurence is a strong woman. In DRC, she was driven to become a prosecutor because women “didn’t have a say in the family and in society.” Laurence explains that it was her goal “to target all men who abuse women”. It was ultimately also this fire and passion that forced her to leave. When Laurence sentenced one particularly powerful man to prison, she began receiving death threats. “In Congo, when someone promises to rape and kill you, you better take that threat seriously. You have to run for your life.” Laurence fled to another city in DRC. There, she was warned that she was still not safe – and so she started her journey to South Africa.

Laurence remembers the way Congolese people had helped South Africans during apartheid. “We prayed for South Africa from afar. We could feel the pain of people in South Africa. Growing up, I thought we are one with South African people.” This bond and sense of solidarity with South Africa encouraged her to seek asylum here. The reality of South Africa was, however, rather different to what she had expected.
Faced with a new country and a new language, Laurence found work as a cleaner and then a pizza chef. She worked these jobs for nearly a decade. Deeply frustrated that she could not use her legal skills, Laurence quit her jobs and started to volunteer at a primary school. She has worked her way up and is now vice chairperson of the school board.

Here, Laurence’s legal qualifications were submitted to the South Africa Qualifications Authority (SAQA) and, whilst awaiting the outcome, she was connected to opportunities in French-English translation – including at a legal conference hosted by the Bertha Foundation. Finally, Laurence is starting to re-grow connections into the legal world. She sees her experience as a refugee as a key aspect to her upcoming opportunities.

A dream of home

Once the violence has subsided, Laurence hopes to return home to DRC. She’d like to resume her role of prosecutor. For other people in a similar situation, Laurence says: “I understand the pressures of everyday life, but it is important to follow your dreams and not only concentrate on working for money, because sometimes we have to make sacrifices in our life to reach our goals”. 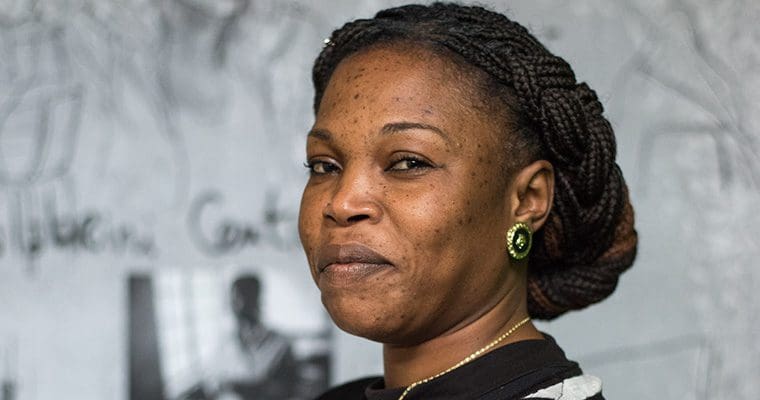 Stella: Lessons of Strength and Independence From Lawrence House