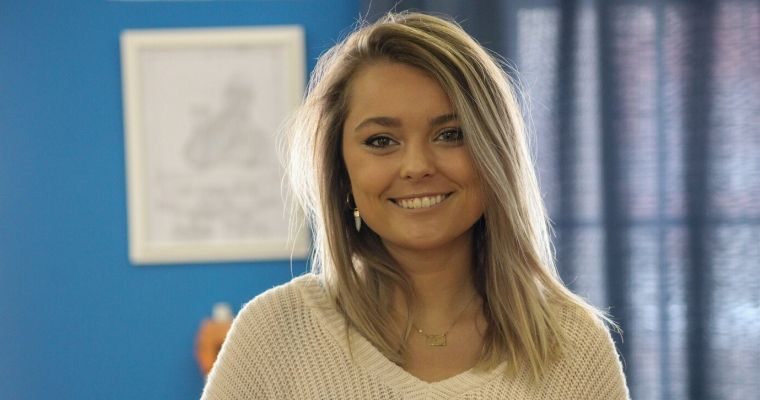 Jessie very quickly realised that her internship here at Scalabrini was going to be different to any of her previous internships. Read more about her time below.

“I am from Atlanta, Georgia, but I go to university in Florida. I am studying history with a specification in war and terrorism. I want to look at forced migration due to terrorism.

Cape Town and South Africa has now become a home away from home. My mum used to live here for a long time, so now I know why she used to love it so much. Cape Town and South Africa as a whole is very communal. Everyone looks out for everyone, strangers talk to strangers, versus in the US where everything is very individualistic and you just don’t talk to people you don’t know.

“I didn’t expect to be doing anything I’ve been doing the last three months. It’s really helped clear my mind, not feeling like an intern, but an employee. And the relationships I was able to bond."

Everyone at Scalabrini was very welcoming. I was nervous because I know from previous internships that you are usually making copies and getting coffee, but from the first day I walked in here I knew it wasn’t going to be like that. I was really excited.

I work with EAP (Employment Access Programme). Over the past three months I’ve been able to meet a lot of people and build relationships with them. There are some people where I know they are coming in on a Wednesday every week, or a Tuesday every week, so that’s been really cool.

I’ve learnt that just because I come from the United States, doesn’t mean that I have bigger, better ideas than anyone else. And my job isn’t to come up with the latest and greatest ideas to help people. It’s to use what we’re working with and take ideas and use my position to perpetuate it and make it a reality.

Professionally, Scalabrini has pushed me to where I know I want to work for an NGO now. I did a corporate internship last year and I was miserable. I was really worried that I just wasn’t going to find what I liked at all. This fits my personality, my type of style and the work that I am wanting to do. I feel like an NGO is more personal and I like the smaller working environment. I know 100% that I want to work for an NGO now.

One of the most memorable moments was when, Max, who works in job placement and directly sets up interviews for people, the two other girls and I had gotten really close to a client, and one morning he came into Scalabrini at 8:45am, just to tell us that he had gotten an interview. Not even a job, just an interview, he got really emotional and he hadn’t had any interviews or jobs in the last two years. That was one of the best moments. If there was one thing I could do it would be to shake South Africa, let’s be a little bit more efficient, let’s move a bit faster, let’s process things better.

I think one of the best things is that Scalabrini doesn’t give handouts, they give opportunities. I would tell everyone coming here, take all the opportunities that are offered, do the digital literacy class if you can’t use a computer. Make yourself desirable and don’t give up, don’t get discouraged. It’s worth it in the end.

Scalabrini has how they handle their volunteers down. I didn’t expect to be doing anything I’ve been doing the last three months. It’s really helped clear my mind, not feeling like an intern, but an employee. And the relationships I was able to bond. My supervisor, Hylton, I love him and I think we are the best pairing ever because we are so similar. I wouldn’t change anything."