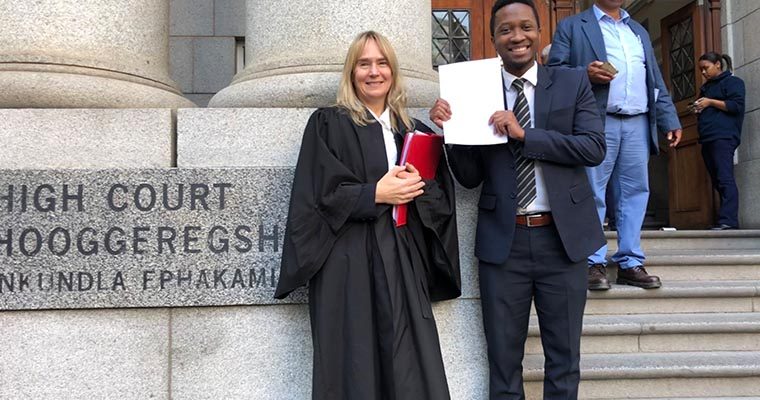 Today, the day before World Refugee Day, the Western Cape High Court has handed down a landmark Court Order that is set to radically improve the lives of thousands of asylum-seeking families across South Africa.

The Order, confirmed by the court following successful negotiations between the Department of Home Affairs and civil society, pertains to children and spouses of asylum seekers and refugees living in South Africa.

Wives, husbands, children and other dependents of asylum-seekers and refugees are able to document themselves in South Africa as ‘dependents’ of the principle asylum applicant in a process commonly known as ‘family-joining’. This aspect of the Refugee Act – outlined at section 3(c) – means that refugee families can be documented together, ensuring their rights to family unity and dignity in South Africa. As refugees cannot return to their country due to conflict or persecution, maintaining a family unit that is documented together is an important part of building stability and ensuring proper refugee protection in South Africa.

However, many applicants had experienced barriers when trying to join family members in this way. Wives, husbands, children, and other dependents of asylum applicants and refugees have been left with no way to document themselves in South Africa. They have been forced into an undocumented state, placing them in a position that is vulnerable to exploitation, detention and arrest.

In reaction to this, civil society organisations Scalabrini Centre of Cape Town represented by the Refugee Rights Unit at UCT, and Advocate Suzanna Harvey, took the matter to court in 2016.

The order confirms a set of Standard Operating Procedures which have been agreed on between DHA and the applicants. As such, dependents are now able to apply to be documented as either through family joining or in om their own grounds, upon provision of certain documents, where possible, such as a marriage certificate or birth certificate – regardless of where the marriage or birth took place. Affidavits are to be submitted in the absense of such documents. This family joining is to be completed regardless of whether the dependents were included in the applicant’s original asylum application or not. Should there be “serious doubts" about the validity of a parents’ claim over their child, DHA can request a DNA test, which will then be assessed and possibly funded by the United Nations High Commission for Refugees (UNHCR).

Administrative nuances aside, the ultimate success of this case is that asylum-seeking and refugee families can now fulfil their right to access documentation in South Africa. With documentation, these families no longer need to fear arrest and detention, can work legally, and can enrol their children in school without administrative barriers.