Trace the Face is a new programme launched in partnership with The National Red Cross.

The goal of the program is to prevent separation & disappearances, to restore and maintain contact between family members and to reunite family members. The program uses various means of tracing of which Trace the Face is one, however it will only be considered for people separated in conditions of armed conflict, other situations of violence, natural or man-made disasters, migration and other situations of humanitarian need. The target population of this program are migrants and refugees in South Africa (also including Asylum seekers) and refugees living in Refugee camps in other countries where the ICRC work.

Trace The Face  (https://www.tracetheface.org) is based on the simple approach that photos of the enquirer are published on the Family Links website and/or on posters, which are then disclosed and distributed in public spaces relevant to migrant communities. It is divided in two domains:

Trace the Face public website (https://www.tracetheface.org). The website features photographs of people over the age of 18 who are searching for their missing relatives. As photographs are personal data and we only publish pictures with people’s consent, there are no pictures online of the missing themselves.
Trace the Face back office (restricted access) saving and sharing of migration cases which consists of clients data and photos. Photos of minors under 18 are not published on the public website for protection reasons. The pictures can only be seen on a secured platform.

The ICRC also offers a service to those who cannot maintain family connections due to lack of access. Scalabrini Centre has been provided with two cellphones to assist in this regard.

If you would like assistance in using this service contact Shameema, Scalabrini’s Advocacy Social Worker on shameema@scalabrini.org.za. 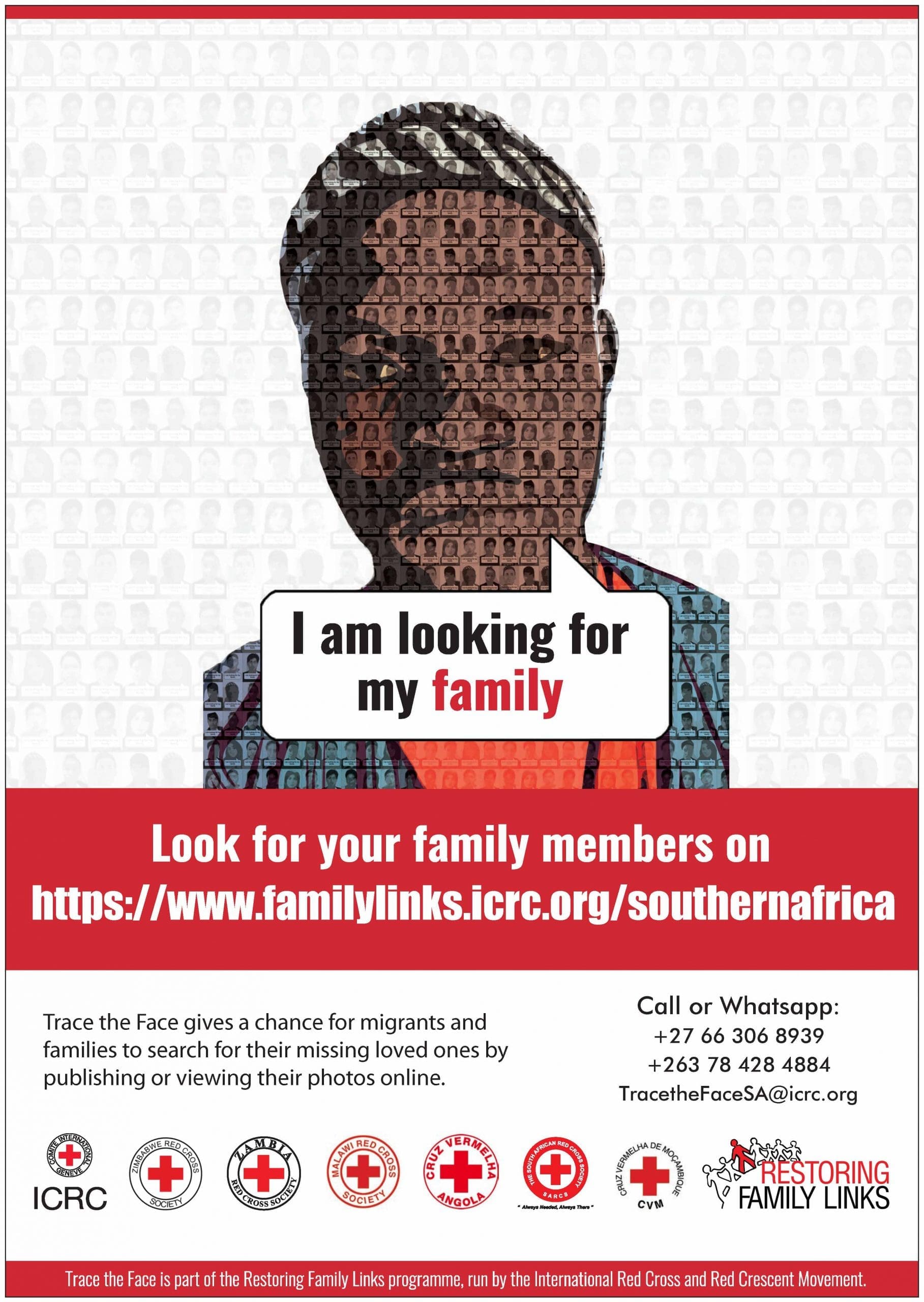